12-06-2019, 04:29 Audiences, Birmingham, Classical, Company Classes, Dance, Dastaan, Drama, Festival, Kathak, Kathakaars, Lok Virsa, Music, Sonia Sabri Company, Workshops, Young People
Lok Virsa – Birmingham Hippodrome 30th March 2019
Spring was slow to appear in March this year but the sun burst through the clouds on Saturday the 30th  March just in time for Lok Virsa at the Hippodrome, in the centre of Birmingham.
I had heard wonderful tales from other colleagues about Lok Virsa, a one day arts festival or ‘mela’ of free arts activities and pop-up performances for all the family, but I was not prepared for the joyous carnival atmosphere that was to burst upon the streets of Birmingham and fill the beautifully decorated Hippodrome with the vibrant sights and sounds of the Indian Subcontinent. 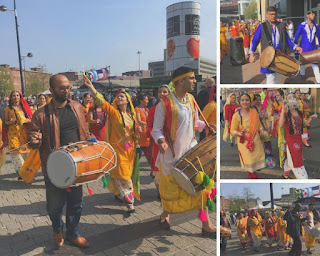 The afternoon began with a lively procession through the bustling streets of Birmingham with passers by drawn in by the stunning costumes of the dancers and hypnotic rhythm of the drums.


The energy and exuberance of the procession was even enough to stop the traffic in its tracks: 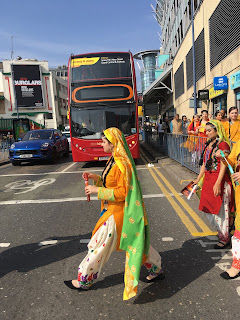 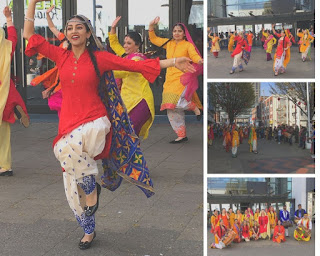 Crowds gathered outside the Hippodrome as the musicians and dancers opened the afternoon festivities with a wonderful selection of dances and invited the public into the Hippodrome for an unforgettable day of music, dance and arts activities for all the family.
My role for the day was to greet visitors and let them know what was happening and what events were taking place.  This was no easy task as over 5000 people came along to enjoy all that Lok Virsa had to offer. The time flew as I chatted to people who wanted to learn more about Sonia Sabri Company. We had lots of enquiries about the different dance and music classes that we offer inspired by the stunning performances on the day.  I was also responsible for overseeing our great group of volunteers. These students willingly gave up their Saturday to help where needed, from decoration of the Hippodrome in the morning to supporting the artists throughout the day and ensuring that they had sufficient art supplies for the popular art activities. As I zoomed around the building, I also took the opportunity to snap pictures and videos of all the activities to share on social media.  The dance and music workshops were full of enthusiastic participants and I loved seeing the concentration on everyone’s faces as they focused intently on learning new steps and rhythms. The joy on their faces when they were able to follow the steps was so wonderful to see. 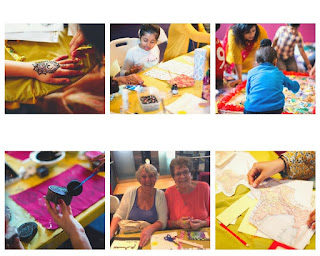 The free art activities were popular with young and old.  Visitors were able to try out calligraphy, rangoli and book binding as well as block printing and it was great that so many who took part were able to take home a memento of their day. The mhendi (henna tattoos) were also extremely popular and the designs were intricate and exquisite.

It was lovely to speak to families that had never visited the Hippodrome before or seen the style of music and dance and art activities that make Lok Virsa such a vibrant and exciting festival. It was also so special to see so many families having fun together, from grandparents to young children; everyone had a smile on their faces. 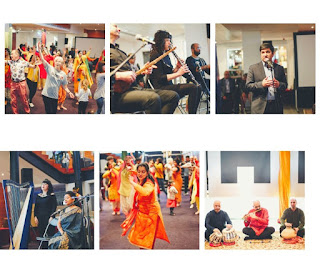 The atmosphere was carnival like and the magnificent spaces of the Hippodrome echoed with music and laughter. The beautiful film screening of “Dastaan with Sarvar Sabri” accompanied by live music and the eloquence of the poetry readings brought the day to a dignified and serene end.
I feel so lucky to have been a part of this colourful and fun filled day and I am looking forward to the next Lok Virsa – watch this space, as we may well be coming to a town near you very soon! 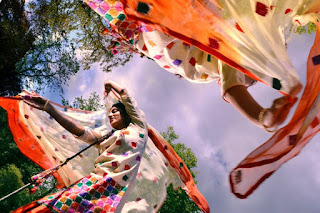 15-05-2019, 07:24 Audiences, Classical, Dastaan, Drama, Music, Sonia Sabri Company
After an afternoon spent in the colourful and vibrant Shoreditch in London I could feel my anticipation rising as I took my seat in a small theatre at RichMix for the evening performance of “Dastaan with Sarvar Sabri”. I have attended many concerts and seen many films before but I wasn’t sure what to expect from “Dastaan” which was described as a riveting experience of live music, film and dance.  The stage was bare save for some seats and a blank screen. As the audience filed in and the lights dropped the studio was filled with an air of anticipation. We were all intrigued to see what the evening would bring. Although I had been lucky enough to see the musicians in rehearsal the actual performance was so much more dazzling than I had expected.  It was uplifting, exquisite and moving and so unlike any other live performance I had seen before.
This was my first experience of “Dastaan with Sarvar Sabri”. The performance space was intimate and we felt very close to the musicians on stage. Sarvar Sabri opened the show and by way of greeting, he introduced all the musicians. The atmosphere felt welcoming and even the younger members of the audience were put at ease and relaxed into their seats to enjoy the first half.  Each musician in turn gave us a little explanation of their instrument and the origin of the music that they were going to play. The music selection was eclectic and engaging. They were all interesting, beautiful and unique in their own way but the segment that really took my breath away was Sam Fox on the harp. The combination of her voice and the gentle rhythm played on the harp combined with the melodic tones of the welsh lullaby were mesmerising, evocative and beautifully haunting. 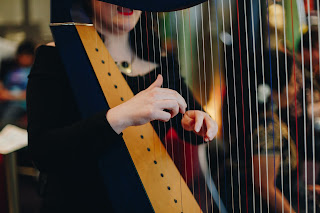 Photo credit : Anisa Fazal
After a short interval, the performance continued with a poignant silent film featuring Persian calligraphy by Mehdi Jamali and dance from renowned ballet dancer Marion Tait (Birmingham Royal Ballet). The musicians provided a musical backdrop to the film, in solo or group ensembles as we watched the images unfold. There was also spoken word segments that echoed the emotions displayed on the screen. The audience around me were rapt and I found the relationship portrayed in the film very moving and tender. 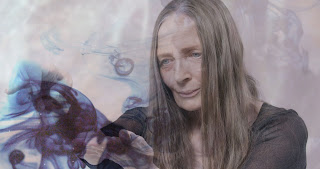 The memory of the performance stayed with me long after the evening had finished. Marion Tate’s performance was sublime and she was able to evoke suggestions of loss and love with the most delicate of movements. The echoes of the music especially the beautiful chords of the harp lingered in the air even once the film had finished. I left the theatre thinking not only of the performance but how it had touched me and made me reflect on my relationships and how quickly time was passing and how important it was to make the most of life and all that it has to offer.
Each performance of “Dastaan with Sarvar Sabri” is unique and the atmosphere created is subtly different depending on the venue and audience.
It will be so interesting to perform in a library setting at Cherry Hinton in Cambridge on Saturday 18thMay where there are still some tickets available:
https://www.cambridgeshire.gov.uk/residents/libraries-leisure-&-culture/libraries/library-news/library-presents/
We are also looking forward to continuing the tour of this unique and thought-provoking show at the University of Leicester’s Attenborough Arts Centre on the 24thMay:
https://www2.le.ac.uk/hosted/attenborougharts/whatson/Live%20music%20and%20Jazz/what-s-on-music 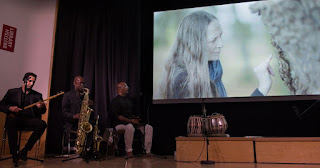 23-02-2012, 06:34 Birmingham, Dance, Drama, Music, The Drum, Young People
Calling 13 19 year olds for
YOUTHINK
Do you have a passion for performing?
Are you a dancer, singer or actor living in Birmingham?
YOUTHINK needs you! 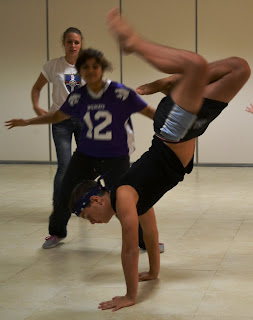